Day 24: In Which I See My First Pride Parade

So the Orlando Come Out With Pride Festival, and Saturday’s Pride Parade, is a big deal.

My friend, Clay Rivers, invited me to watch the Pride Parade with him and a few friends. So I spent the day Saturday running errands and exploring — I’m really intrigued by the neighborhood called Mills 50 — before meeting him in front of his friends’ condo on Central.
END_OF_DOCUMENT_TOKEN_TO_BE_REPLACED

I’ve been in Orlando for roughly three weeks, and am figuring out the things I like and don’t like about my new city.

Five Things I Hate About Orlando

END_OF_DOCUMENT_TOKEN_TO_BE_REPLACED

The nice thing about my job is that I can do it anywhere, including my home. The problem with that is we home school our kids, so doing my job at home is not always. . . productive.

So, years ago, we agreed I would always have an office somewhere. For the last six years, I had a quiet little desk in a quiet little building for a quiet little price. Sometimes, it was so quiet, I had to go to a coffee shop for a little noise and activity.

When we moved to Orlando, I knew I would need to rebuild my entire network, and I would need to find a new place to work. The odds of finding the same setup as before would be virtually impossible (anyone know where I can rent a desk inside a web hosting company for $150 a month?).

So I decide to look for a co-working space.

Turns out, you can’t swing a dead cat in Orlando without hitting a co-working space.

Not that we’re spoiled for co-working spaces, but apparently, swinging a dead cat is frowned upon here.
END_OF_DOCUMENT_TOKEN_TO_BE_REPLACED 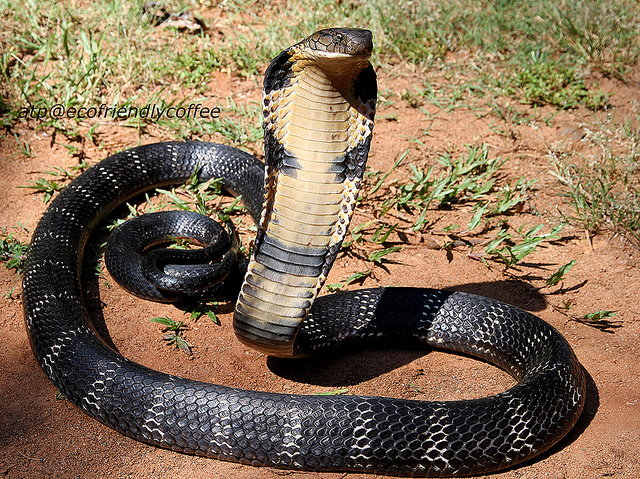 I’ve never been a big fan of snakes. I hate them. I hate snakes so much, I wish they were all eaten by sharks. And then the sharks were all eaten by bigger sharks, which were then fired into the sun on big rockets.

And don’t give me that “snakes eat vermin” bullshit. Snakes only exist to creep people out. It’s not like we’d get overrun with vermin anyway. Look at the New York City sewers. People flush all kinds of alligators down there, but the city is still overrun with rats.

If they really wanted to solve the New York rat problem, they would have started flinging snakes down in the sewers by the bagful. But they haven’t, so really, how useful can snakes be?

Day 7: In Which I Search for a New Office

Monday I decide to start building my new routine. I feel more comfortable — actually, I think everyone does — when I have a predictable schedule: get up, go to the office, play 6 hours of Scarab of Ra, have lunch, go home.

(I don’t actually play Scarab of Ra for 6 hours.)

However, I don’t want to spend 8 or 9 hours a day in a coffee shop either. My business partner, Paul, and I tried that for a few months one year, spending our rent money on coffee house squatting. I constantly smelled like freshly ground coffee.

On the other hand, I met a lot of nice people who have since become good friends. I haven’t completely ruled this strategy out.
END_OF_DOCUMENT_TOKEN_TO_BE_REPLACED 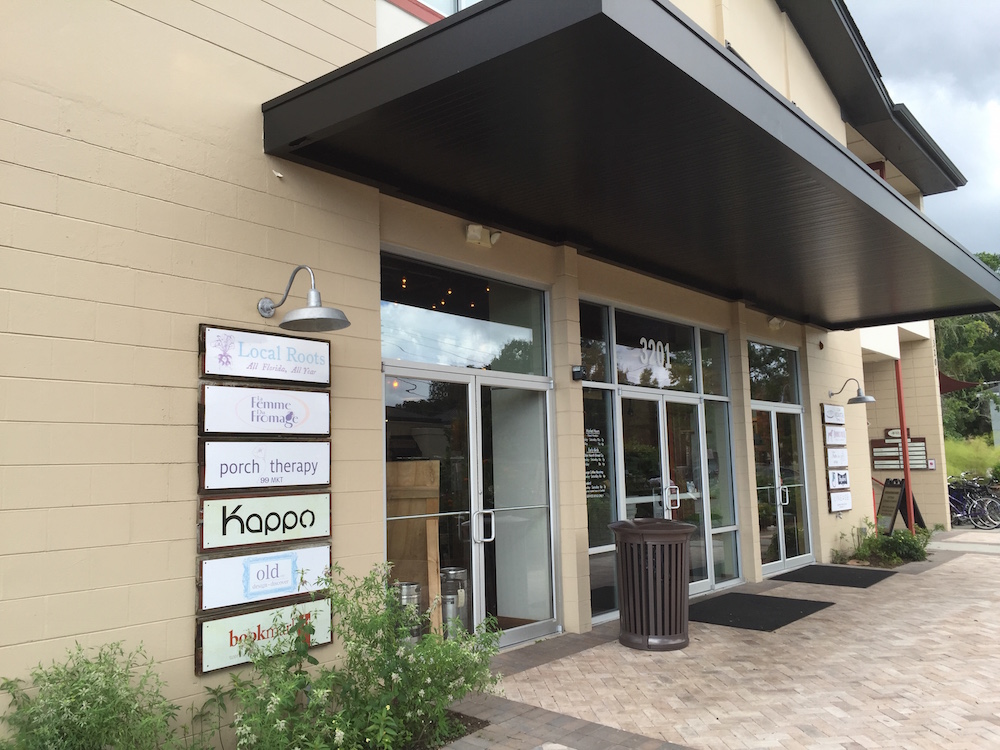 After keeping ourselves around the vacation home for a few days, right off the Irlo Bronson Memorial Highway — you ever want to Hulk smash your GPS, listen to her fumble with that mouthful 7 times on one trip — Emma, Ben, and I decide to do a little exploring on Saturday.

I map out a few places I know they would like to visit: Sam Flax Art Supplies, Sam Ash Music, Best Buy (I wanted to get a new Internet modem), and a comic book store.

My in-laws show up on the same day. They’re looking for a vacation rental in the area, so we said they could come down, especially if they could bring a few items we couldn’t get in our cars. They left two days after we did, and showed up today.

After helping them unload, Emma, Ben, and I pile into my car, and head up I-4 to Downtown Orlando.
END_OF_DOCUMENT_TOKEN_TO_BE_REPLACED

Day 3: In Which We Arrive in Orlando 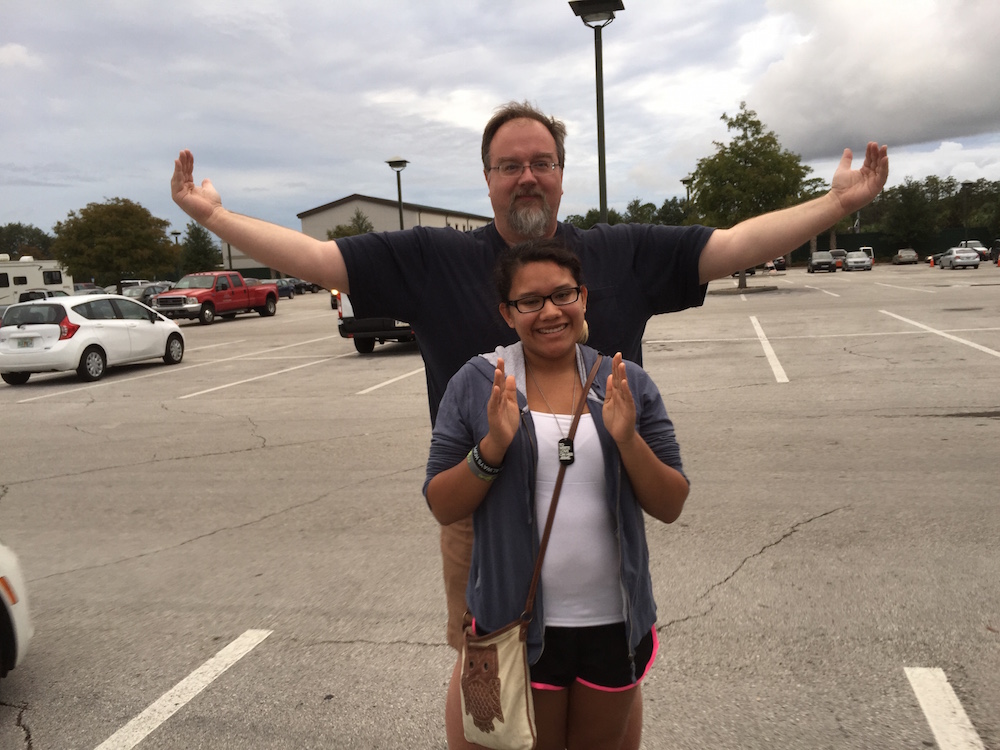 After spending the night in Bowling Green, KY, and the next night in Macon, GA, we roll into Orlando. We’ve spent the last three days not riding in a convoy, and I can’t recommend this enough.

It relieves soooo much stress on the drivers. No one is driving too slow or too fast. No one is stopping too much or not enough. We agree to try to be in an area at the same time, but if we’re not, no big deal.

We nearly miss Toni and Maddie in Valdosta, and actually only get 2 minutes together before they’re off again.

I stop with Emma and Ben and pick up a Florida Toll SunPass. You stick it on the windshield of your car, and a little transponder chip inside tracks your car as you pass through tollways, deducting an amount from your account. I can’t recommend this enough either. The Florida Tollway is the fastest way to get from I-75 to Orlando, and this will save you several minutes. Of course, we use up the minutes saved by activating it by phone, but it’s still worth it.
END_OF_DOCUMENT_TOKEN_TO_BE_REPLACED

Day 1: In Which We Leave Indiana

It was maybe one of the hardest things I ever had to do. I had to pack up and move away from a state where I have spent eleven-twelfths of my life.

We decided to move from Indianapolis to Orlando for a number of reasons, and although I was happy to go, I was equally sad to leave the state I’ve called home for as long as I can remember.

As much as I hate leaving Indiana, I love Disney World! I’m a big kid when it comes to tromping around my favorite theme park. When my wife finally got me to agree to move, I would only accept moving to Orlando because “it’s the most magical goddamn place on earth!”

Seriously. Tampa, Jacksonville, Naples, and all the rest were all out of the question. “Orlando, or I’m not going,” I said.
END_OF_DOCUMENT_TOKEN_TO_BE_REPLACED